If we start thinking containers in terms of objects, it abstracts away the low-level details but reveals higher-level patterns that are common to a variety of applications and algorithms. A recent paper, published by Google Researchers Brendan Burns and David Oppenheimer, suggests that containers are particularly well-suited as the fundamental “object” in distributed systems by virtue of the walls they erect at the container boundary. In many ways, this paper is seminal research publication and authors believe that containers are destined to become analogous to objects in object-oriented software systems. 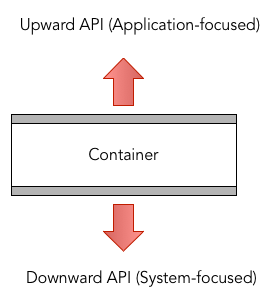 Containers also provide downward APIs to manage container lifecycle which is controlled by a container cluster management system. Downward APIs also enables to create life cycle contracts between application and cluster management system which can be very useful to maintain application and container reliability. For example, Kubernetes issues SIGTERM signal before SIGKILL signal which allows the application to terminate cleanly by finishing in-flight operations, flushing state to disk, etc. Similarly, Downward APIs are useful for a container to have information about itself or the system. For instance, downward API that a container might support is "replicate itself" in response to an auto scaling trigger.

In this pattern, multiple related or interdependent containers are co-scheduled onto a single host machine. In Kubernetes, this abstraction is called Pods. For instance, a Pod may have one container for Nginx as a proxy, a second container for the Application server, a third container for MySQL database server, and a persistent volume to store MySQL data. 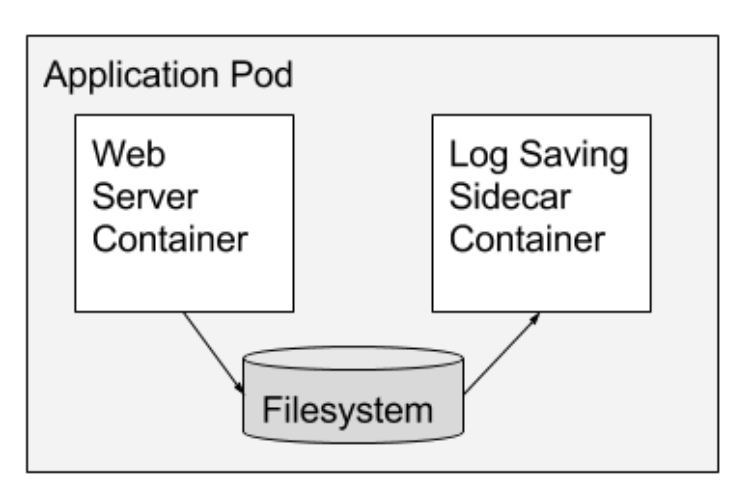 In this pattern, an Ambassador container act as a proxy between two different types of main containers. Typical use case involves proxy communication related to load balancing and/or sharding to hide the complexity from the application.

In this pattern, one can implement a generic work queue framework using containers that implement the run() and mount() interfaces and can take arbitrary processing code packaged as a container, and arbitrary data, and build a complete work queue system. 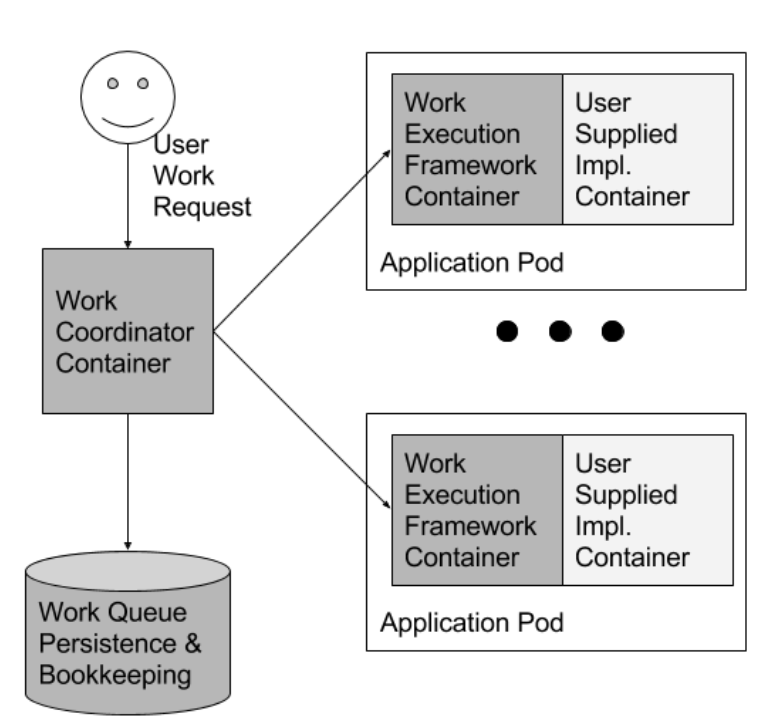 This pattern is quite similar to MapReduce framework. Here an external client sends an initial request to a framework supplied root container. This root fans out the request to a large number of developer-supplied leaf containers to perform computations in parallel. Then another developer-supplied merge container responsible for merging or aggregate the results. You can think root container as map step and merge container as a reduce step in MapReduce paradigm. You can extend this pattern, by introducing a shuffle container which is similar to a shuffle step in MapReduce process. 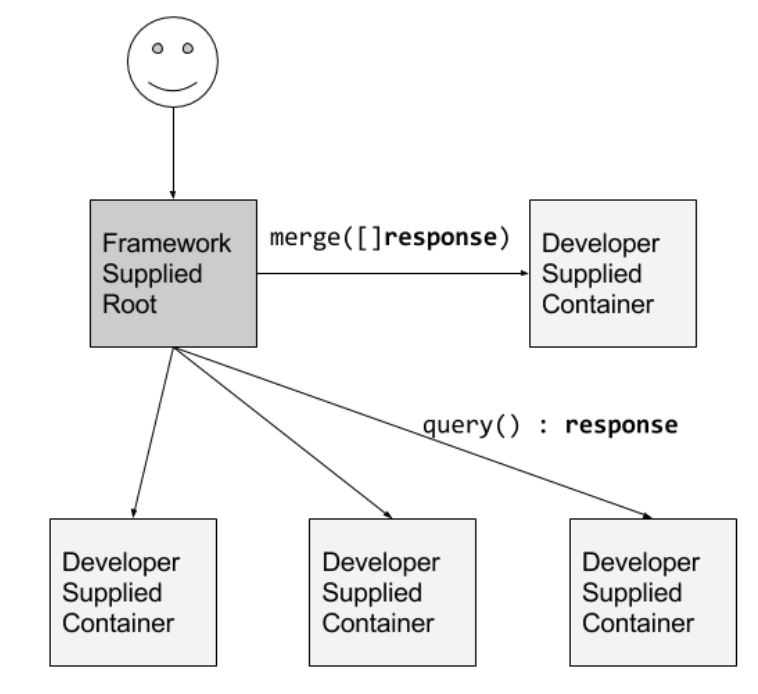 As you can see here, containers provide many of the same benefits as objects in object-oriented systems, i.e. abstraction, encapsulation, reusability and so on.

The Raft of the Understandability

Kubernetes on AWS: What you need to know and why