Performance testing as a first-class citizen

Today I want to talk about the performance testing. Automated web application testing is not very rare these days. This includes functional, unit and regression tests at minimum. A good web application delivery approach normally includes a continuous integration setup to run automated tests. Every time a new change is pushed to version control system, continuous integration server should run the automated tests and depending on test results deploy latest build in a staging or QA environment.

We can draw few conclusions here. First page load time is a key performance indicator. Second, it is not ok to serve a non-optimised desktop web page to a mobile device and do nothing about it. Third, stress or load testing is business critical.

Only by using a proactive and in-line automated performance testing approach businesses and delivery teams can avoid performance related issues. 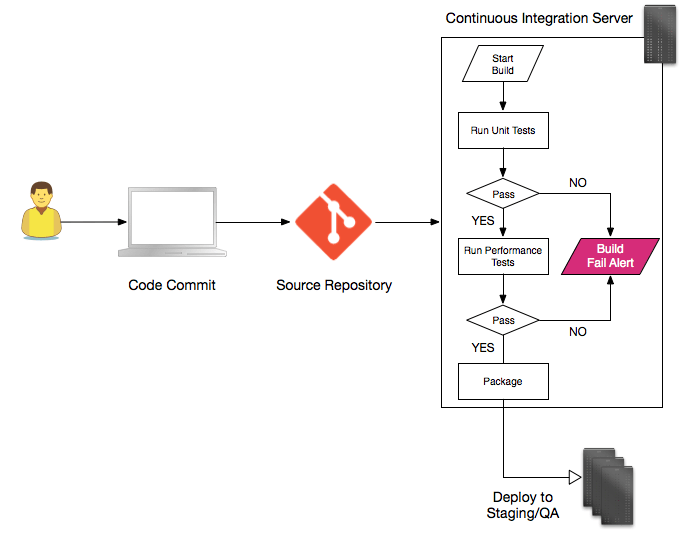 Locust a Python based open source load testing tool is my favourite when it comes to in-line automated performance testing. Using Locust you can define user behaviour with Python code. You can rush your web application with millions of simultaneous users in real-world like environment by running Locust distributed tests over multiple servers. Most importantly you can integrate these tests in your continuous integration pipeline. Locust measures request/second (average, minimum, maximum), total request, failed request, etc. You can see these reports in dashboard included as part of Locust. 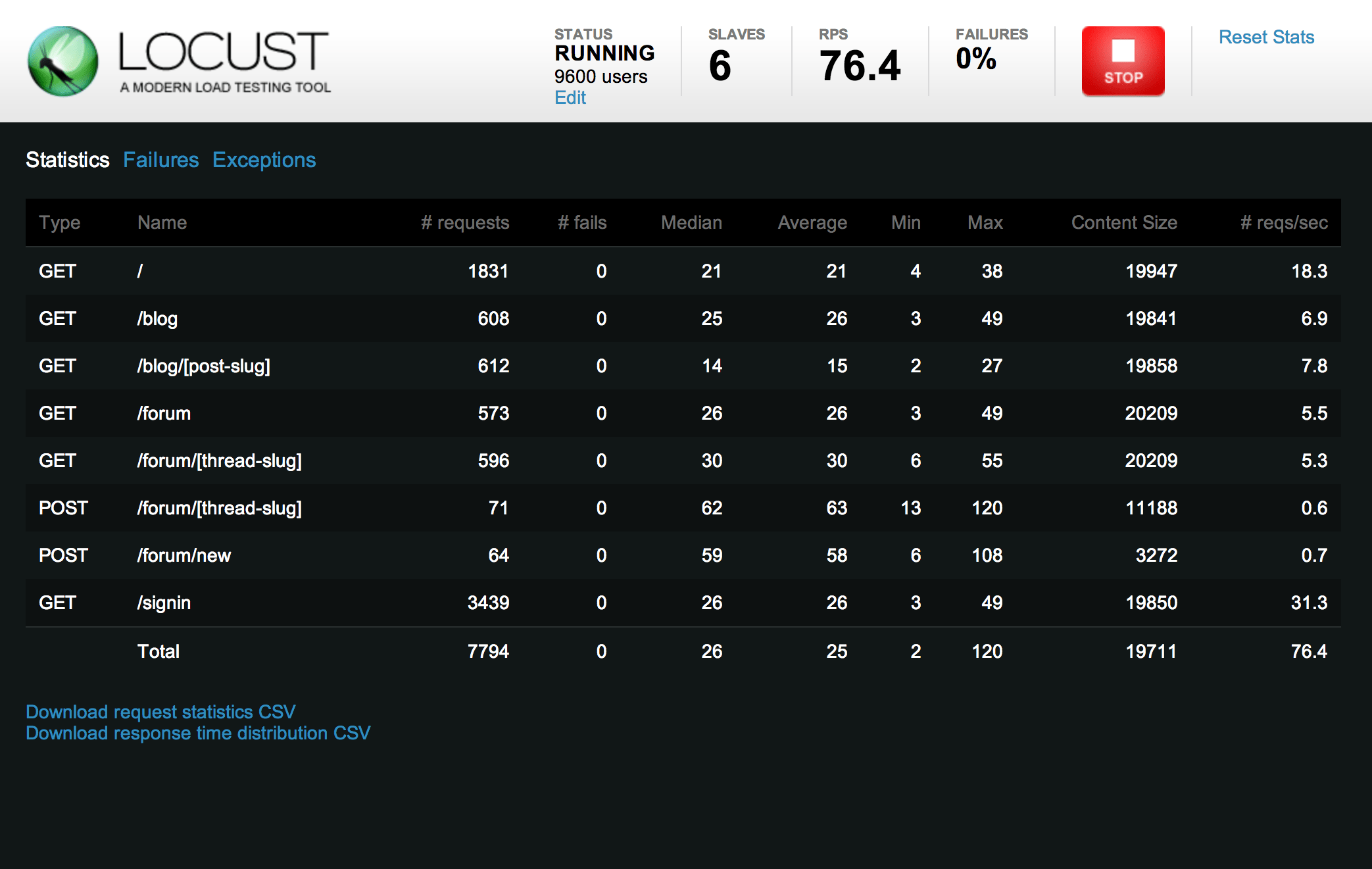 Lets see one example of a Locust test file. A Locust test file normally defines a number of Locust tasks, which are normal Python functions with @task decorator. These tasks are gathered under a TaskSet class.

Simulated user is represented by HttpLocust class. This class defines how long a simulated user should wait between executing tasks, as well as TaskSet class that defines the execution behaviour of this test (i.e. simulated user’s “behaviour”). @task decorator can also include optional weight which means each task will be weighted according to it’s corresponding int value. To run the test execute locust -f locustfile.py from command line.

Another interesting set of tools to measure and analyse the front-end performance or load time of web pages. My personal favourite in this category is WebPagetest which reports on page-level and request-level performance metrics such as Load Time, Fully Loaded, TTFB, Start Render, Speed Index, etc. Additionally, you can specify test location as well as browser.

WebPagetest provides both RESTful APIs as well as scripting and batch processing tools which you can use to integrate with your continuous delivery pipeline.

One of the key problem with Locust and other similar self-hosted tools is that you have to setup and manage clusters of machines for distributed performance testing. If your web application or website has a huge number of geographically diverse users, then a proper distributed performance testing requires sending client requests from multiple geographic regions (see my post on CDN performance and load testing). This may demand good upfront investment in infrastructure setup or appropriate automation to provision on-demand cloud infrastructure.

We can avoid all this trouble, by using a SaaS performance testing tool. There are many SaaS player in this space: Blitz.io , Tealeaf, SpeedCurve, LoadImpact, BlazeMeter, LoadStorm, etc. to just name a few. My favourite tool in this category is Blitz.io.

Blitz.io allows you do more than just load or performance testing. You can configure Blitz.io to do things like custom headers, authentication, cookie extraction, pattern, regions, schedule etc. Like other SaaS offering you can run multi-step and multi-region tests. All this, simply by using Blitz.io web interface.

Moreover, Blitz.io offers clients for Java, Maven, Node.js, Python, Perl, PHP and Ruby. With Blitz.io plugins for various continuous integration servers you can run load and performance tests as CI task. This means you can write performance tests in your favourite language or framework and integrate with continuous integration or build process. Here is one example of a simple Blitz.io test script,

Here we are using Blitz.io Python client to run sprint and rush. Rush is Blitz.io way of generating load in predefined pattern. Spring is a single thread runner. You can think rush as collection of sprints.

In some cases it is also possible to assert if cache is being hit or if queries are being executed. For example, in NHibernate one can enable generate_statistics property in configuration,

and then use generated statistics for test query was cache hit or not.

That's all for now. Like every other type of web application testing, the purpose of performance testing is to provide a high level of confidence to business and delivery team in a web application’s ability - ability to respond quickly without compromising end-user's experience. More specifically application's ability to handle high load conditions, respond to various patterns of traffic and client side page load speed prior to going live. A proactive and in-line automated performance testing is way to go about it.

Getting started with Vagrant