So what really inspired Amazon to replicate Google' TrueTime? Before we answer that let's have a quick look why Google's TrueTime was introduced at first place. TrueTime was introduced to support Spanner - Google’s globally distributed, and synchronously-replicated database. Under the hood, TrueTime uses two forms of time references - GPS and atomic clocks - each with different failure modes.

Although a Spanner database runs across multiple servers located across multiple datacenters, TrueTime makes it semantically indistinguishable from a single-server database. TrueTime to generate monotonically increasing timestamps which Spanner uses write transactions and strong reads. TrueTime provides various API calls and TT.now() method returns a time interval. When two intervals do not overlap, then we know calls were definitely ordered in real time [1].

Along with Amazon Time Sync Service, AWS also announced the new database-related enhancements - Amazon DynamoDB Global Tables and Amazon Aurora Multi-Master. I for one strongly think that under the hood these enhancements are utilizing Amazon Time Sync Service but without external consistency. That said, DynamoDB Global Tables don't offer external consistency - in fact, it barely does eventual consistency. In case of strongly consistent reads, it requires the same region for reading and writes [3]. Several people have argued that replicating TrueTime requires more than simple global synchronization which is what so for AWS has achieved [4]. 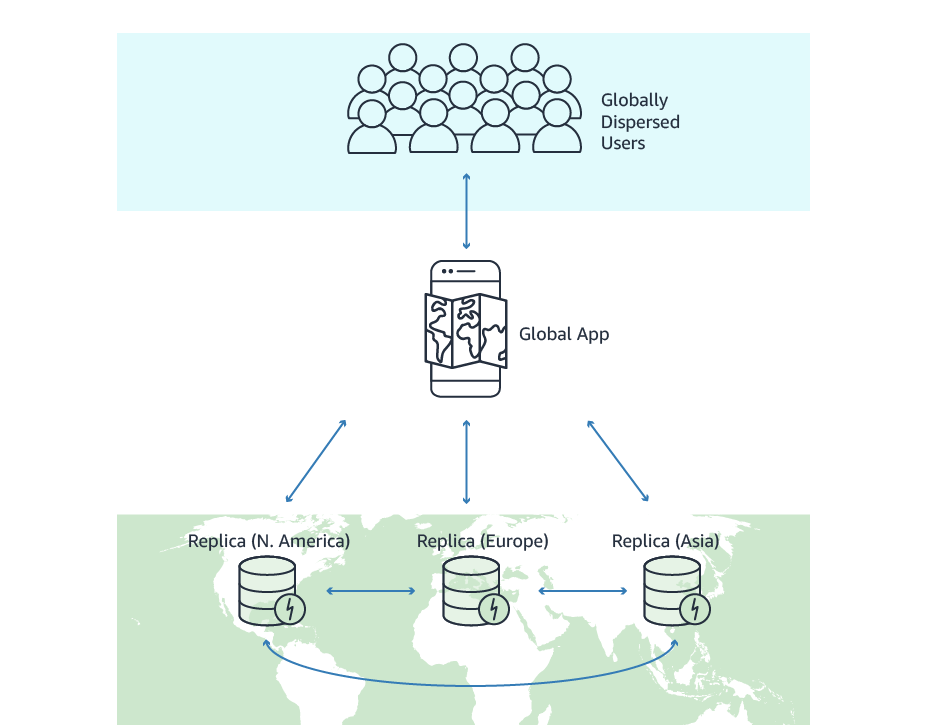 Obviously, there are a large number of distributed computing problems which require accurate time reference and databases make a small subset of these problems. Having a global time reference is easy but how you use them to ensure higher data consistency and to resolve conflicts in a global master-master database setup is a hard problem.

Although AWS has not shared many details about the implementation of Amazon Time Sync Service. I think under the hood AWS has replicated the core ideas of TrueTime infrastructure[5] with some variations like smoothing out leap second.

TrueTime is implemented by a set of time master machines per datacenter and a time slave daemon per machine. The majority of masters have GPS receivers with dedicated antennas; these masters are separated physically to reduce the effects of antenna failures, radio interference, and spoofing. The remaining masters (which we refer to as Armageddon masters) are equipped with atomic clocks. An atomic clock is not that expensive: the cost of an Armageddon master is of the same order as that of a GPS master. All masters’ time references are regularly compared against each other. Each master
also cross-checks the rate at which its reference advances time against its own local clock, and evicts itself if there is substantial divergence. Between synchronizations, Armageddon masters advertise a slowly increasing
time uncertainty that is derived from conservatively applied worst-case clock drift. GPS masters advertise uncertainty that is typically close to zero.

Amazon Time Sync Service is available at no extra cost for customers using EC2 instances in Amazon Virtual Private Cloud (VPC). The service is available through NTP via a universally reachable IP address 169.254.169.123. To use this service, AWS recommends to uninstall your default Network Time Protocol (NTP) package first and then install Chrony which is an alternative implementation of the NTP. After this, Chrony will synchronize the EC2 instance's system clock with universal reference clock endpoint 169.254.169.123.

Upcoming of the learned data structures

What I've learned so far about React