The current state of ad viewability

A recent Google report highlights poor viewability of digital ads and offers some interesting statistics around various viewability factors. Report suggests that about fifty percent of ad impressions are never seen which means basically fifty percent of display spending are just wasted. Issues around ad viewability are known for quite some time now, it was not until very recently advertisers and ad vendors started taking ad viewability very seriously. Back in 2012, 1.8 trillion display ads were paid for but not seen so things are not really improved since then. Viewability issues are more serious with non-direct inventory, i.e. display ads purchased on networks and ad exchanges. Another 2014 Q3 report suggests that two-thirds of non-direct inventory is non-viewable as per MRC Viewability standard.

According to Media Rating Council (MRC), a display ad is considered viewable when following pixel and time requirements are met,

Above-the-fold is poor proxy for viewability 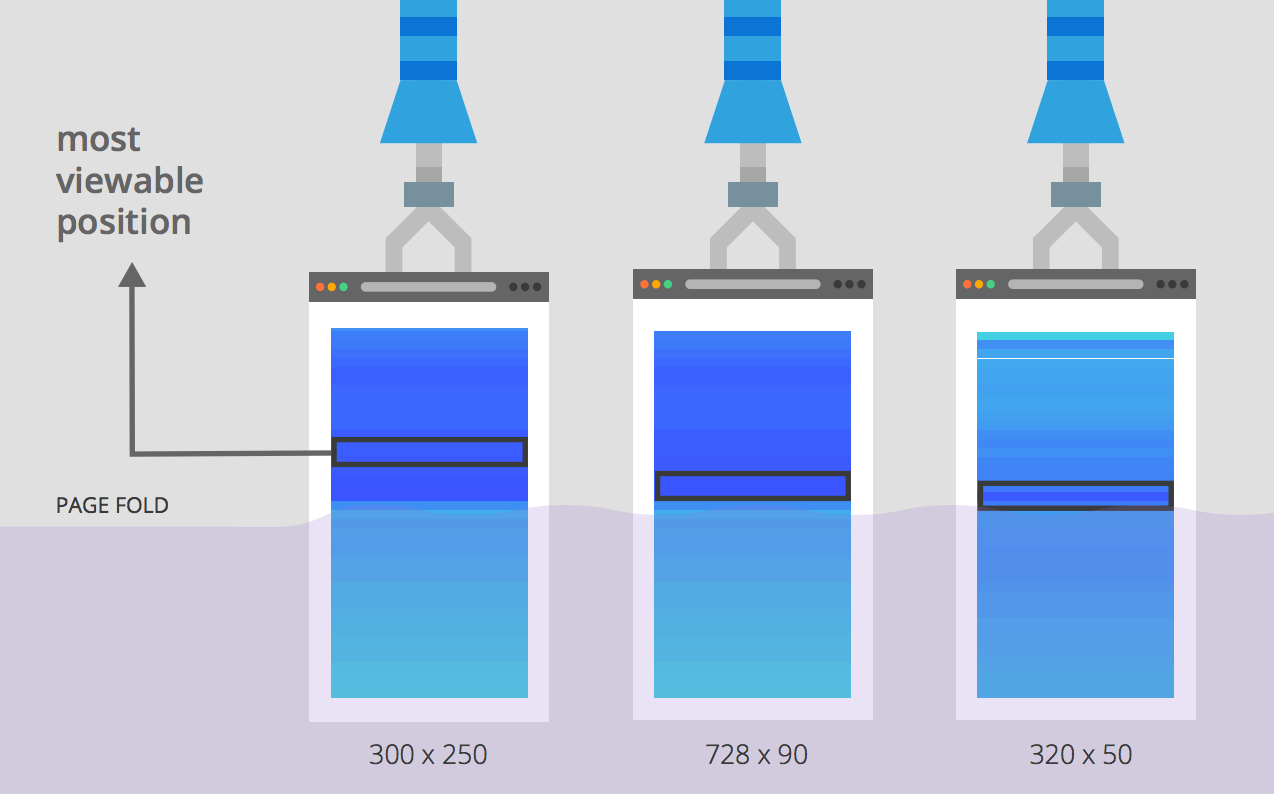 As illustrated in above, viewability measurement vendor yet to achieve 100-percent measurability rates - proportion of impressions evaluated as being in or out of view ((measurable impressions ÷ eligible impressions) × 100). According to Quantcast viewability report, even with best-of-breed measurement vendors only upto 90% measurability was achievable. By using a MRC accredited vendor one can ensure a high level of accuracy if not 100-percent. For instance, Goolge's own viewability measurement solution Active View is accredited by MRC.